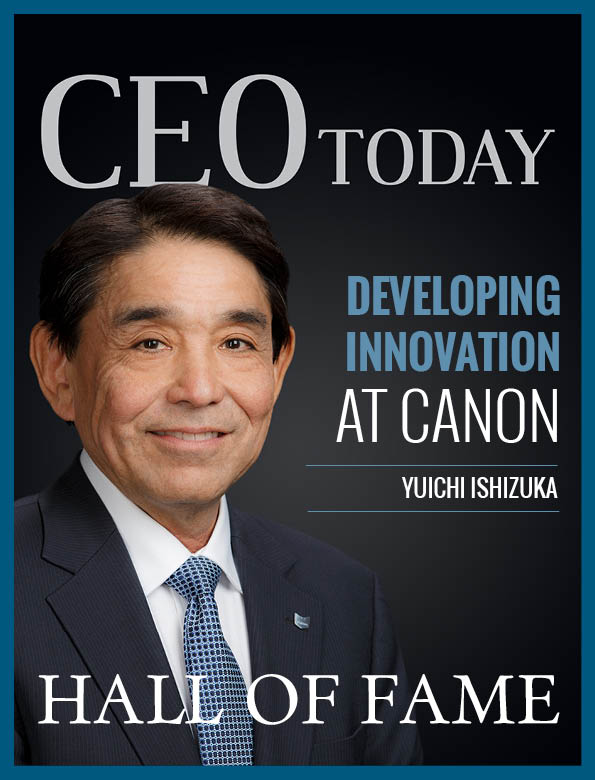 Mr. Ishizuka began his career at Canon Inc. in Japan in 1981, where he worked in the Camera Division. In 1983 he joined Canon U.S.A., but was soon transferred to Canon Canada in 1988 where he became Product and Marketing Manager of the Camera, Video and Still Video department.

He later returned to Canon U.S.A. in 1993 and spent two years in the Product Control Division before he was promoted to Marketing Manager of Canon U.S.A.’s Camera Division. In 1997, he went back to Canon Inc. for a year, returning to America in 1999 to start Canon U.S.A.’s Digital Camera Division as its Assistant Director. After several promotions within the Consumer Imaging Division, Mr. Ishizuka was promoted in 2007 to Senior Vice President and General Manager of the Consumer Imaging Group, now known as the Imaging Technologies & Communications Group. In January of 2010, he was promoted to Executive Vice President and General Manager and in April of 2012, he was appointed as an Executive Officer of Canon Inc.

Earlier this year, Mr. Ishizuka was appointed to Senior Executive Officer of Canon Inc., Japan. Ishizuka, who is also a Managing Executive Officer of Canon Inc., is tasked with bolstering and growing existing core businesses whilst capitalising on the brand’s imaging expertise in new areas such as NVS, industrial equipment and commercial printing. He brings a wealth of expertise and international experience from other regions having held senior positions across Canon’s portfolio of businesses in North, Central and South America, as well as Japan. His new role will be his first appointment in Europe.